First, I worked with my team to do the a consistency pass on icons and UI. Second, I optimized the characters, adding personality and unique qualities. Lastly, I worked with all disciplines to make sure all gameplay elements read well, and in the correct order. Below are some before/after images, a sample from the model sheets, and a final gameplay image. Note this last image is not just pretty art. Because the gameplay needed to read clearly, the background was simplified and blurred, and the gameplay pieces were sharpened and further differentiated from one another. In addition, the lanterns were made to feel more graphic, but with clear on/off states, to help with gameplay and further link them to the newly consistent boosters. 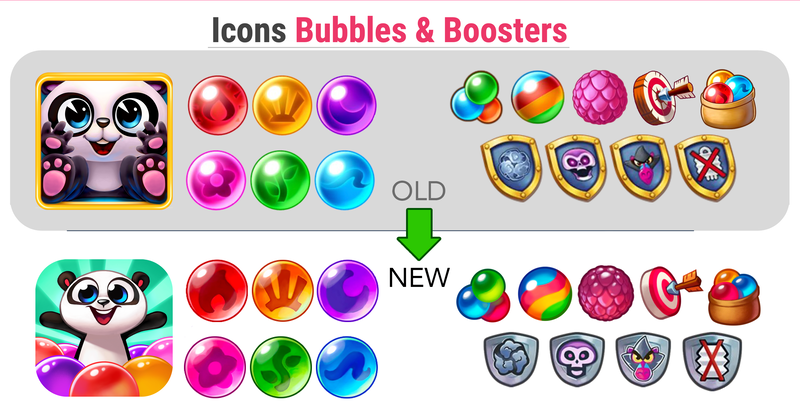 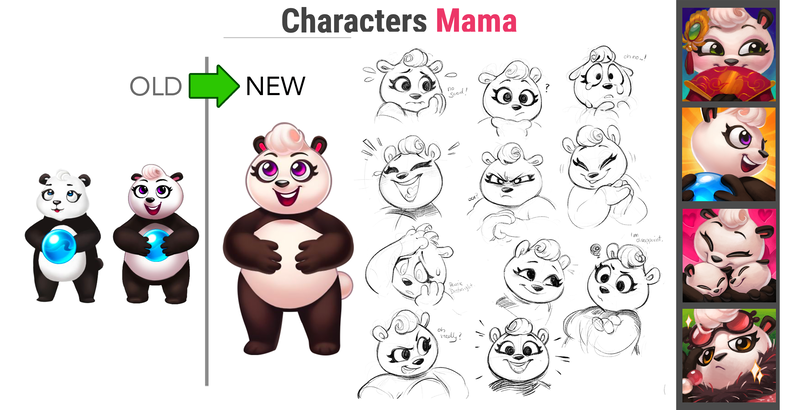 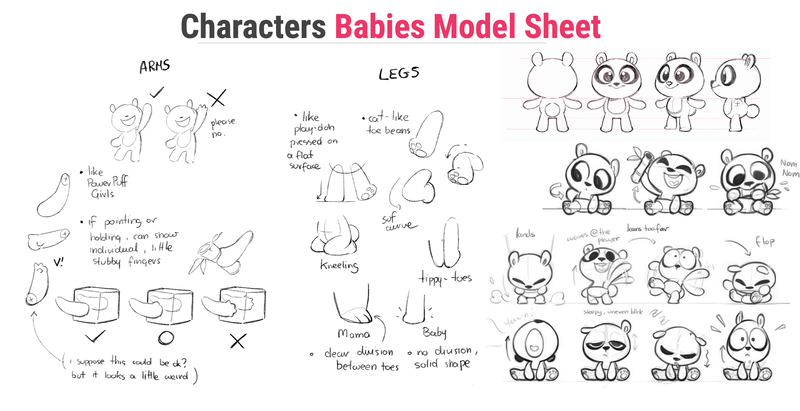 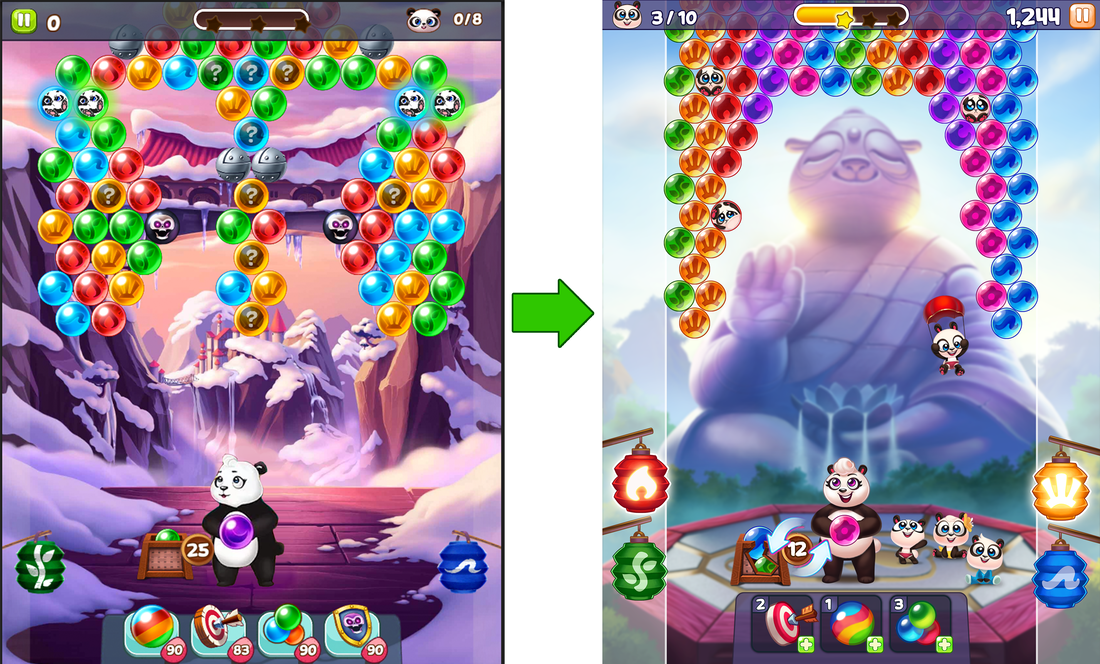 When tasked with adding narrative, I worked with game design to storyboard and test feature ideas with players. As a result, we created a feature called "Panda World", in which you can gather tokens through normal gameplay, to unlock sequential rooms with characters. We begin in a large home built into a tree, that houses all rescued babies, then progress on an adventurous journey through the magical world these pandas live in. Each new room progresses the story. Here are a few of the more diverse examples. 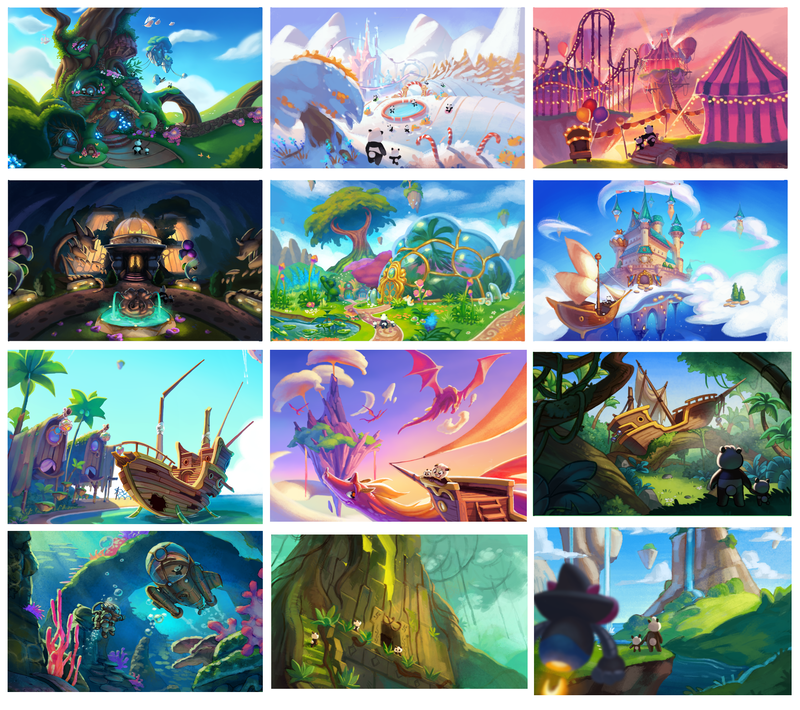 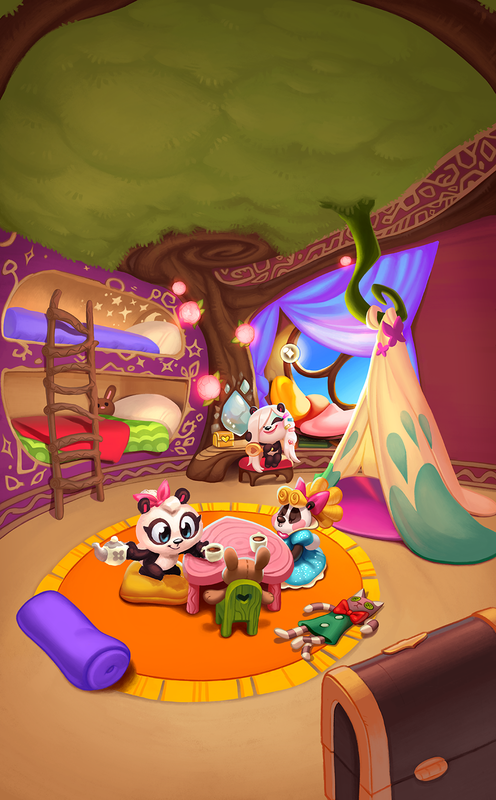 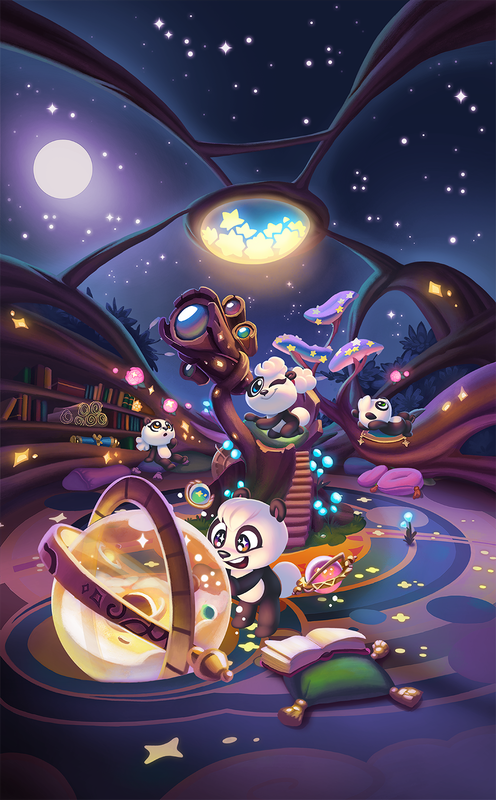 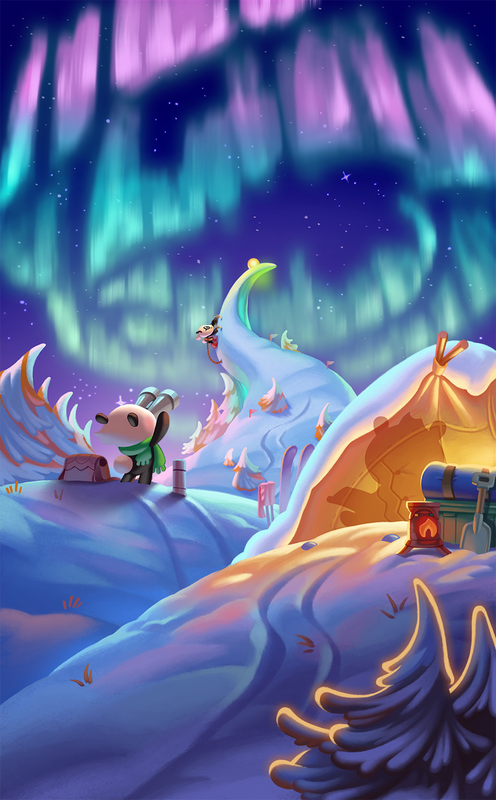 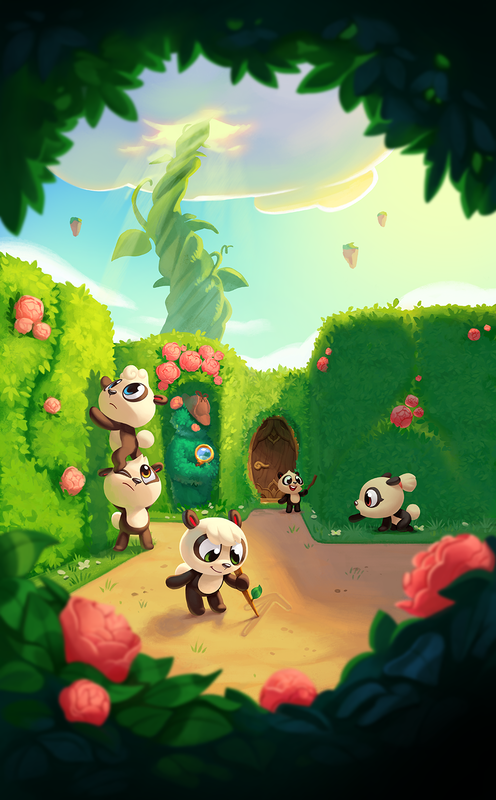 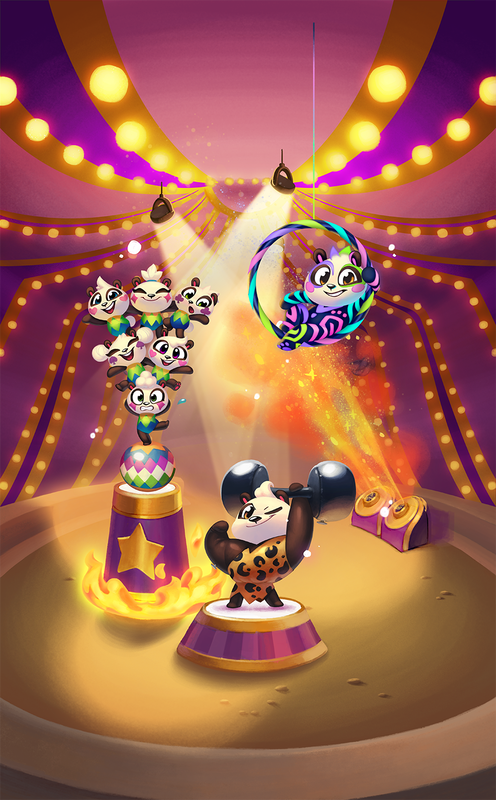 We worked with a number of IP's over the years. Here are a few quick examples of us bridging the style gap: 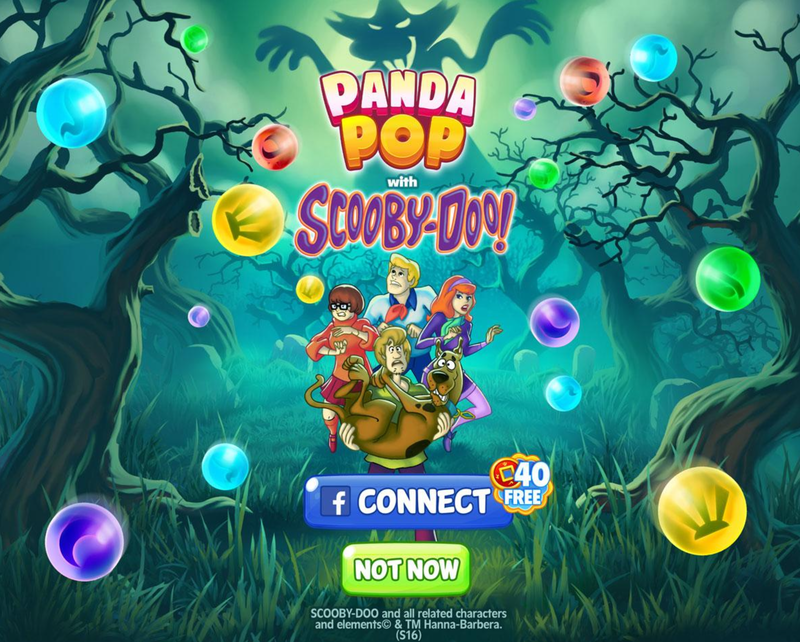 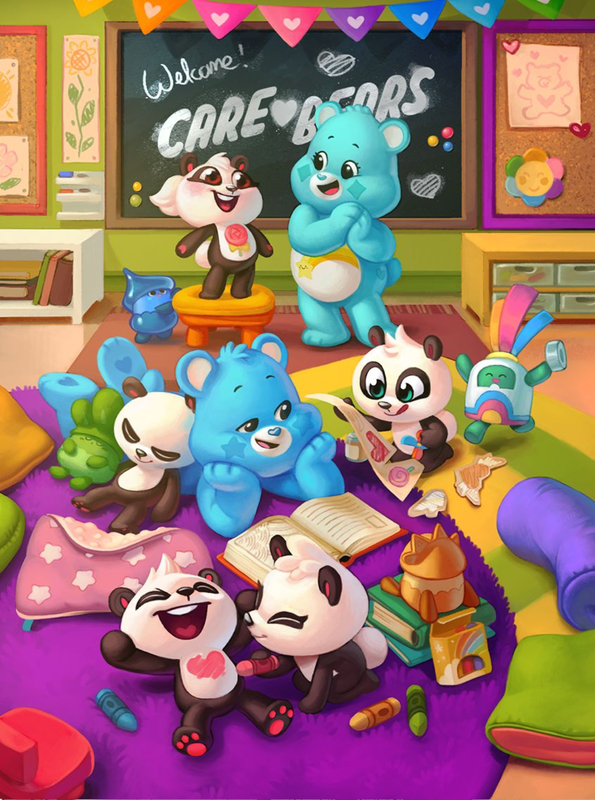 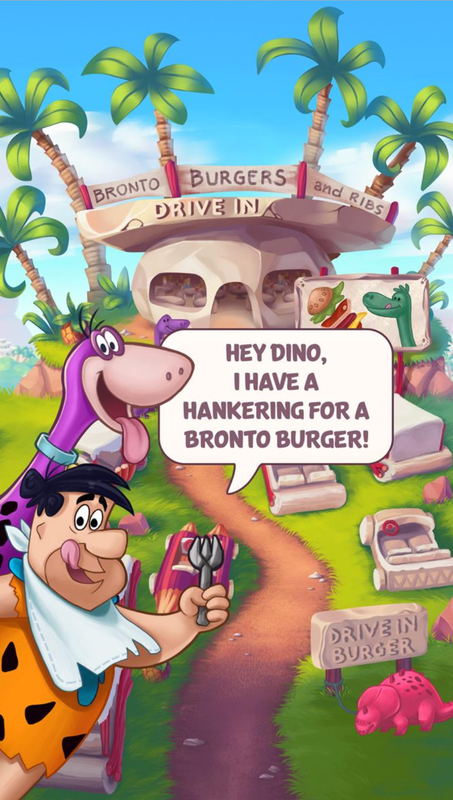 Following, is a more detailed look into the process of working with an IP, using the Grinch as a case study.

In this case, we only had the rights to use the book version, though the 3D movie was about to be released, and the cartoon was off limits. Because the book was inconsistent from one page to the next, we made a little style guide for our pitch, to get approval on our interpretation. Notice image references from the book are boxed in grey, for reference. 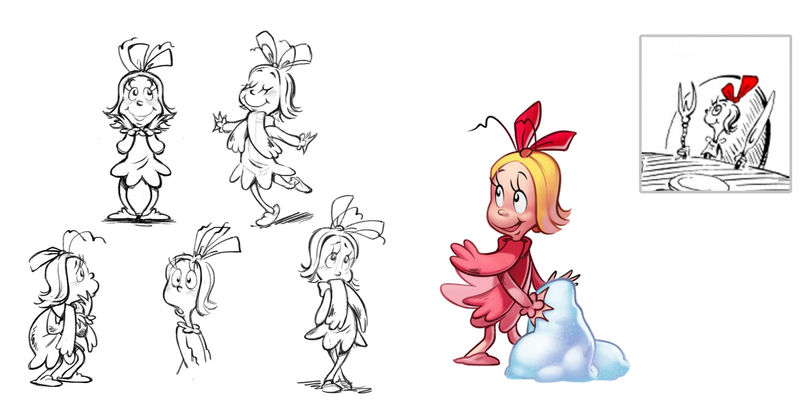 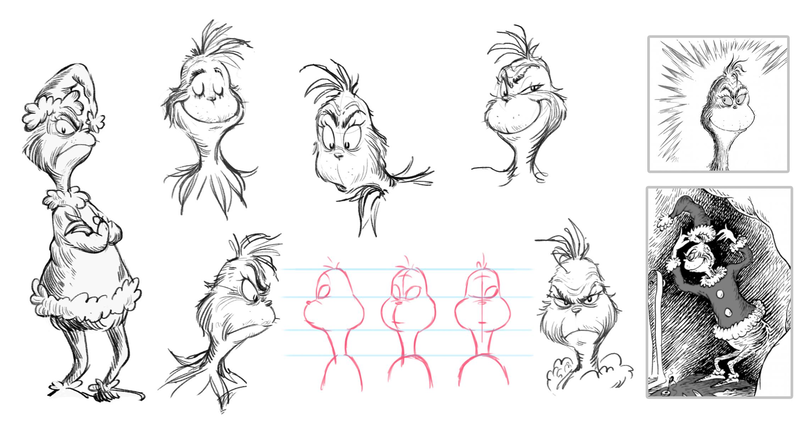 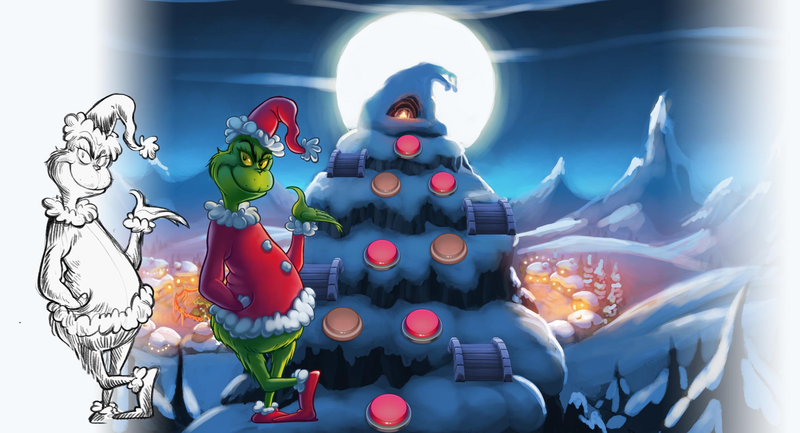 With the style guide approved, we moved on to re-theming portions of the game, touching base with the IP holder each week. Though it's common knowledge that working with some IP's can be a challenge, incorporating a lot of back and forth with revisions, things seemed to go quite smoothly for us in each case. Here are a few of the images from that process with the Grinch: 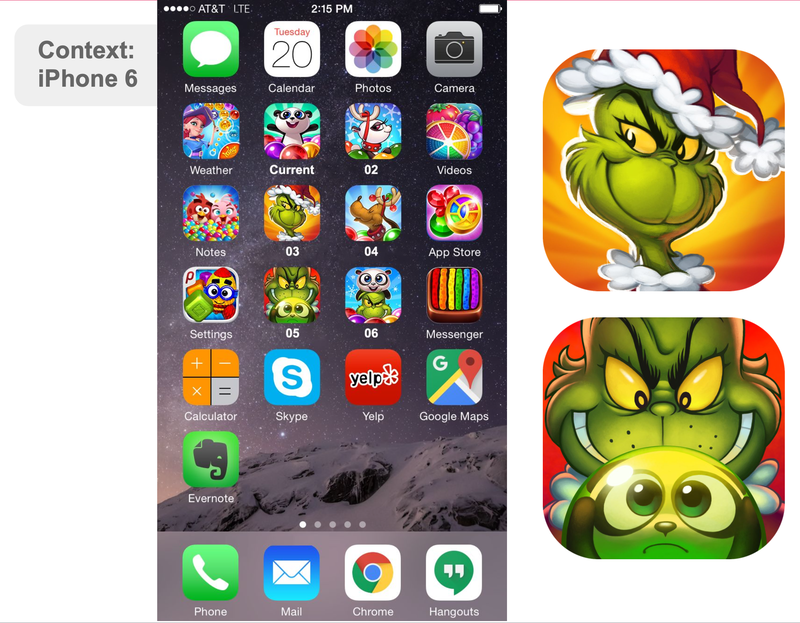 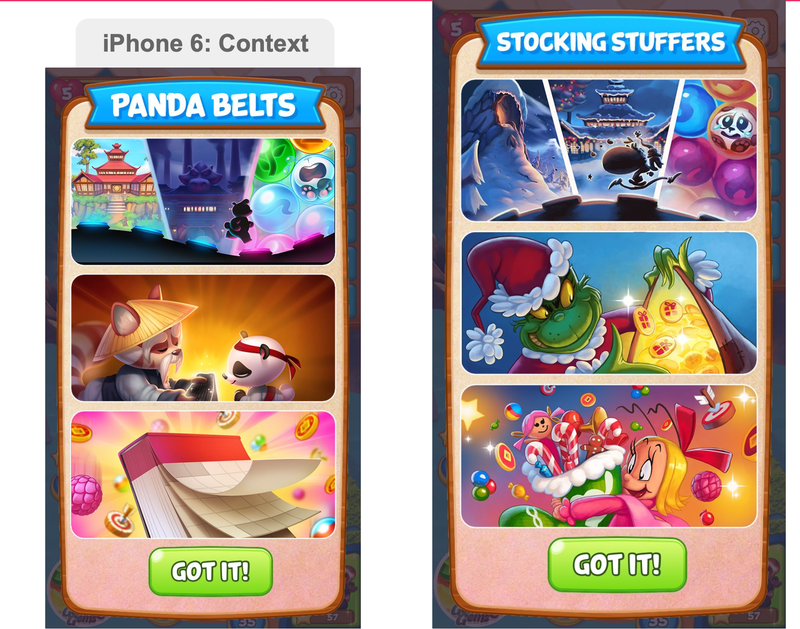 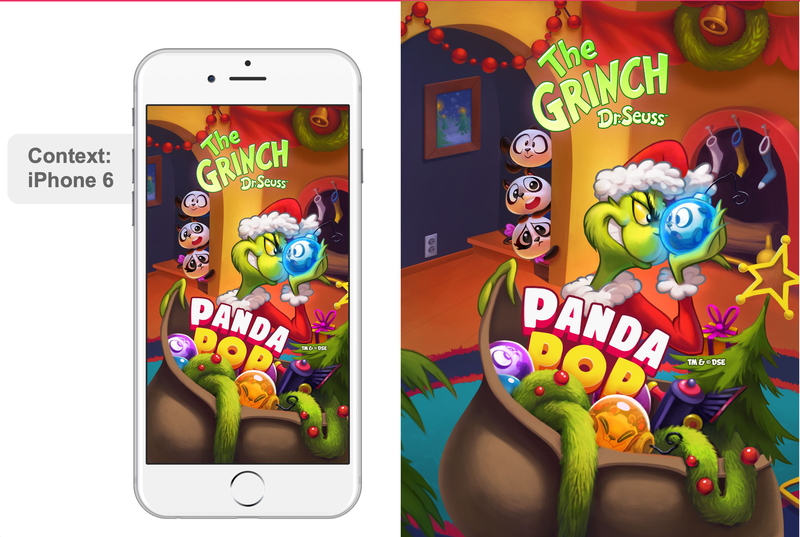 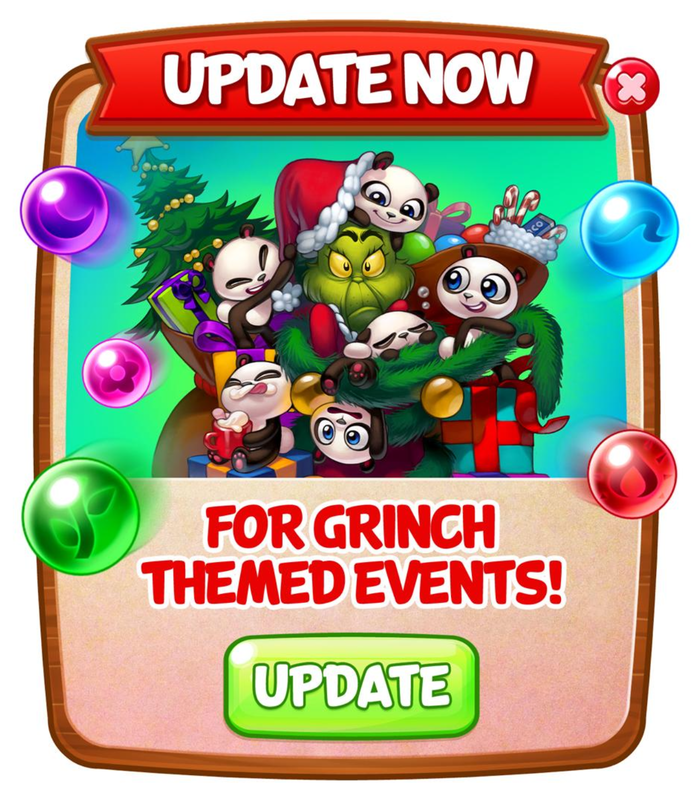 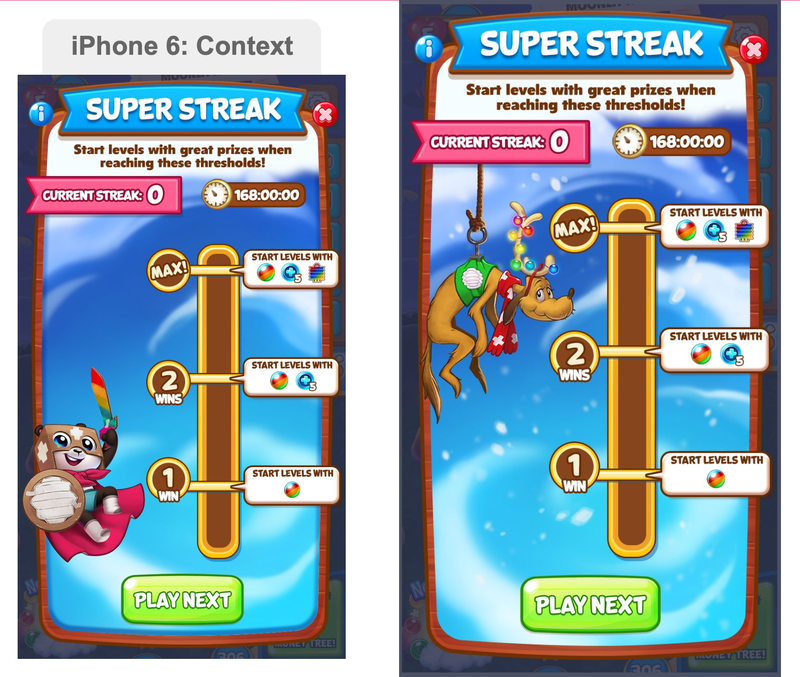 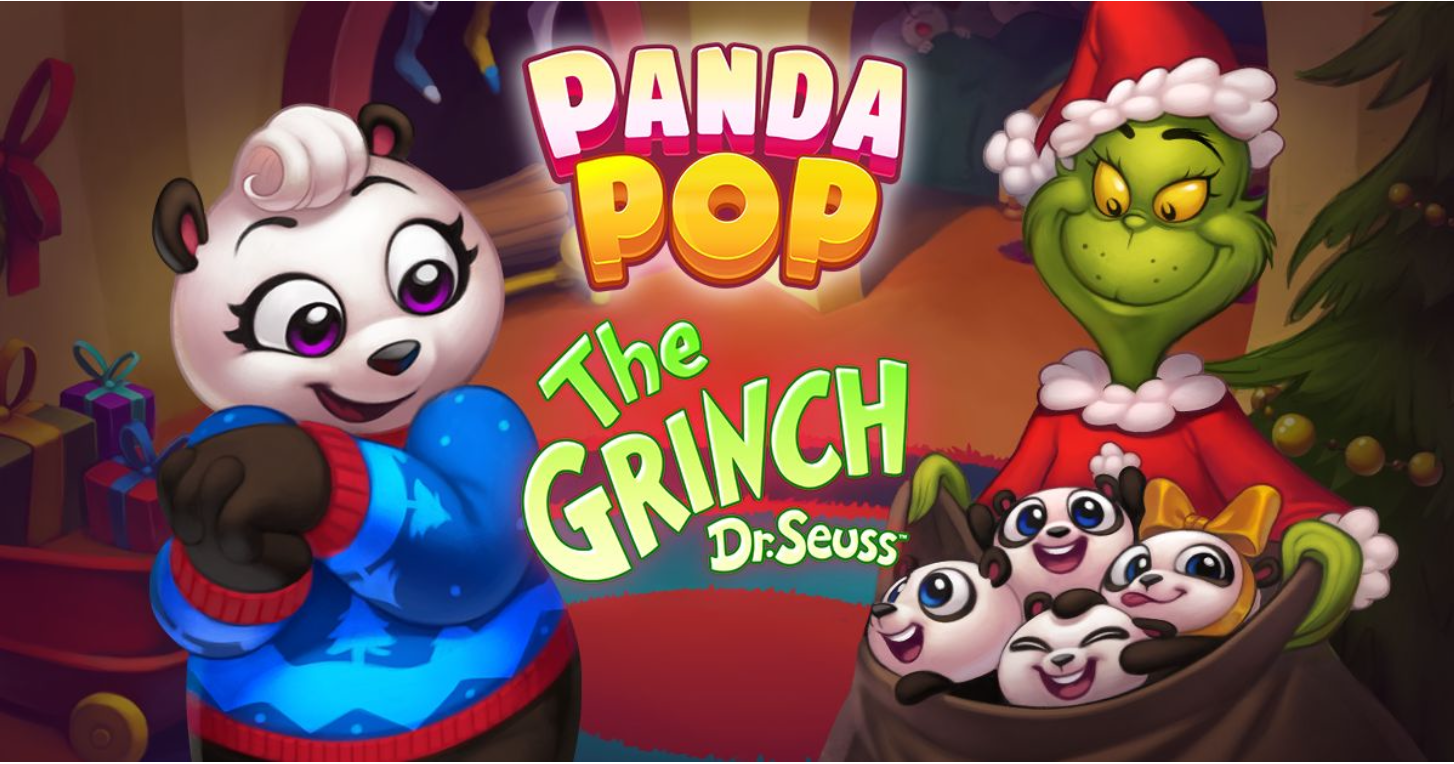